A small manufacturer with a long tradition

In 1869 during the Austro-Hungarian Empire, Johannes Christian Oertel founded a “glass-making business for export”.  In Haida, the centre of the North Bohemian glass industry, the company’s founder sought out new techniques of glass finishing and in the years 1887 and 1889 patented several “methods for producing a colour ornamentation on hollow glass objects “.

The family-owned John Oertel & Co. has lived through a chequered 150 years: two world wars, the Great Depression, and the expulsion and dispossession following World War II.

Johannes the company founder died in 1909. The company passed to his son (also) Johannes with his two unmarried sisters as ‘silent partners’. Under his leadership, OERTEL produced and marketed its own designs and those of the famous Haida College, and thus achieved world renown. John Oertel was married to Julie Meltzer of the well-known glass manufacturer Ludwig Meltzer in Langenau.

The unique Art Deco and Art Nouveau designs of Oertel led to an expansion of markets and business overseas, as well as to participation in numerous prestigious exhibitions in North and South America.

In 1905, 1913 and 1922 OERTEL took part in the world exhibitions of Liège, Ghent and Rio de Janeiro. Further exhibitions including Paris (1925) and New York (1929) followed and OERTEL also exhibited at the famous Leipzig Trade Fair. 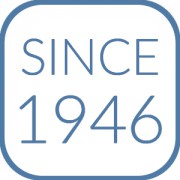 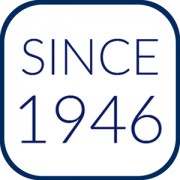 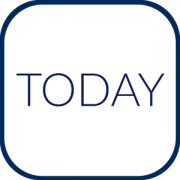